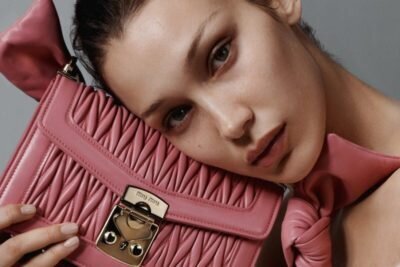 Miuccia Prada founded Miu Miu in 1993. Not only that, she is the granddaughter of Maria Prada (Prada’s founder) and continues to co-head the brand along with her own brand.

6. THE BRAND IS NAMED AFTER MIUCCIA PRADA

‘Miu Miu’ is the moniker of its founder, Miuccia Prada. A nickname given to her by her famous family.

Miu Miu is often fun and youthful, think sequins, ruffles and bold colours. They’re also known for using younger models in their runways and campaigns including Elle Fanning at 14, Lindsey Wixson at 16 and Hailee Steinfeld at 14, to name a few.

4. MIU MIU USED TO HAVE A MEN’S COLLECTION

In the early aughts, Prada did not only have a younger sister but a younger brother too. The theme for the men’s line was playful and relaxed. Unfortunately, Miuccia stopped designing menswear for Miu Miu back in 2008. However, Prada still designs clothing for men, which is the next best thing.

“Women’s Tales” is an ongoing short film series created by Miu Miu. And while these female directors are able to capture their own stories, they’re also given access to any Miu Miu clothing.

2. THE FIRST FLAGSHIP STORE WAS IN CHINA

Both Prada and Miu Miu has deep roots in Italy, which is why it’s quite surprising that they opened their first independent store in 2009 in Shenzhen, China rather than Milan.

The COVID-19 pandemic affected many businesses and the fashion industry is no exception. Instead of cancelling their 2021 Paris Fashion Week debut, Miu Miu decided to have a covid-friendly fashion show.

Instead of a runway, models walked across snowy mountains in Cortina d'Ampezzo, Northern Italy for Miu Miu’s Fall/Winter 2021 collection. 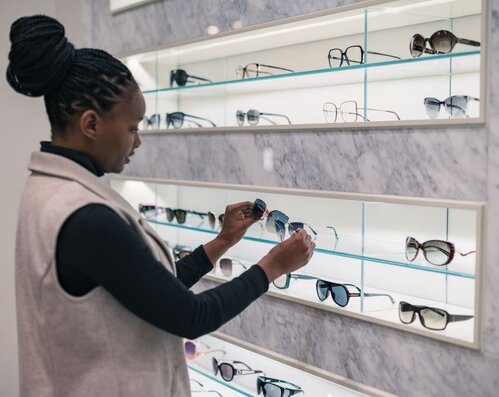 Regardless of age or gender, sunglasses are a universal accessory that are both stylish and functional. But despite it being a part of our daily lives, there isn’t much we really know about eyewear. Do you ever wonder where it originated? Is it really good for your eye health? Which sunglasses offer the best protection? Keep reading for some eye-opening facts about sunnies.

REASONS WHY MEN SHOULD WEAR BAGS 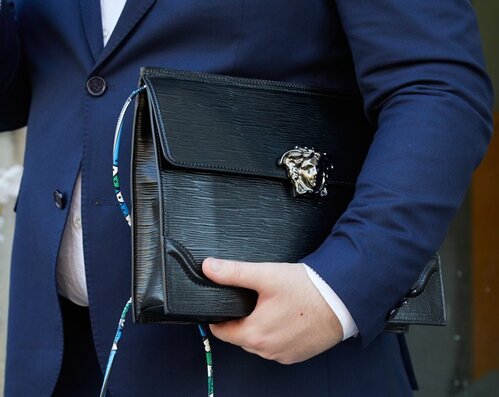 Most people see bags as a women’s accessory, however, there is an increasing number of men that are joining in on the action. Not only are designer bags useful, but they’re also a major flex! Keep reading for more reasons why men should wear designer bags.

EVERYTHING YOU NEED TO KNOW ABOUT LOUIS VUITTON MICROCHIPS 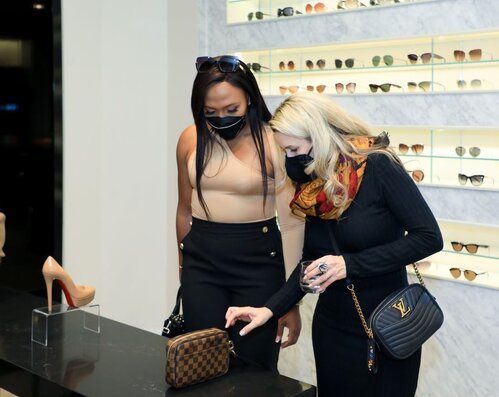 Most designer bags have date codes or serial codes to identify the authenticity of the item. In the case of Louis Vuitton, date codes consist of letters and numbers which tell you the date and place of manufacture (although vintage Louis Vuitton bags may consist solely of numbers). These unique codes can be used to authenticate items. Louis Vuitton discontinued date codes in April 2021, although RFID chips can be found in bags dating back to 2019. Earlier this year, Louis Vuitton switched date codes for microchips to keep up with other high fashion brands like Salvatore Ferragamo and Fendi, to name a few. These Radio Frequency Identification (RFID) microchips are much easier to authenticate because each brand simply needs to scan the barcode rather than research the date code for the item.

HOW TO AUTHENTICATE GUCCI BAGS & SHOES

Gucci is definitely one of the most iconic fashion brands! But the Gucci market is flooded with counterfeits, so it’s important that you know how to authenticate Gucci bags and shoes! Authenticating Gucci products is a real skill as there is no one single way to determine whether it’s real or not. To help you distinguish an authentic from a counterfeit, we’ve compiled a list of steps taken by our very own authentication team to determine the authenticity of Gucci shoes and bags. Keep reading and never get scammed again!

The forecast in Paris predicts a few days of 50 degrees and sunny weather during the men's fashion shows, giving the fashion audience a chance to show their best looks while attending shows by Louis Vuitton, Dior Men, Rick Owens and Kenzo, among many others. With many metal, neon and monochrome outfits, the streets of Paris look brighter than ever. Be sure to check out Style Du Monde's favorite street style throughout the week and see if the weather forecast matches our fashion forecast this season.

FASHION - A boring explanation of Wikipedia

FASHION has been leading for all years and for centuries. But the most interesting thing is that there is another explanation for Fashion and it comes from Wikipedia. Boring and beyond comprehension. If a fashion expert stumbles upon this description, he will be shocked to say the least! Of course, this is a joke and a good mood, because you can see for yourself what is written below (a little crackling :) from the well-known and sought-after platform for everyone! Enjoy reading ..... again with a smile!

WHY IS IT IMPORTANT TO WEAR JEWELERY? 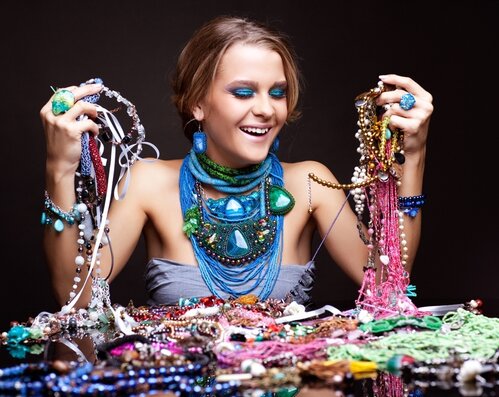 It is no coincidence that since ancient times women have worn jewelry. Jewelry affects our bioenergy field, protecting us from the negative influences of strangers. When we wear beautiful jewelry, people's eyes stop on it and it absorbs unwanted energy and thus protects us.

Fabrics that bring you comfort in the summer 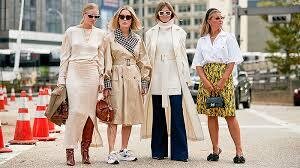 Cotton, linen, viscose, silk are fabrics designed to bring you coolness in the hot summer. Natural fabrics are preferred to synthetic ones for several reasons. Synthetic fabrics contain chemicals and people with highly sensitive skin should make their choices carefully. 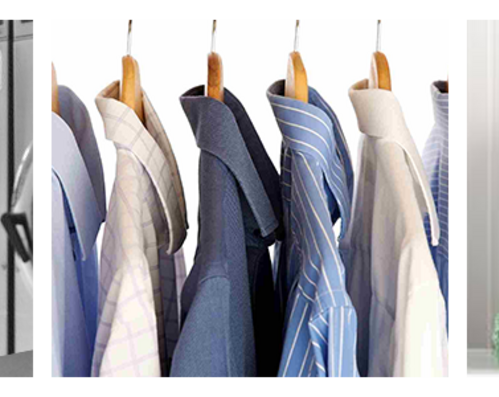 The laundry symbols on clothes and other textiles can be so confusing. Everyone has experienced at least once a situation in which they take their favorite clothes out of the washing machine and find that they are crushed, discolored, beaten, reduced in size or incredibly distracted, in short - damaged. At that moment, we wanted to pay more attention to the symbols for washing, to take the time to study which symbol means what, but… 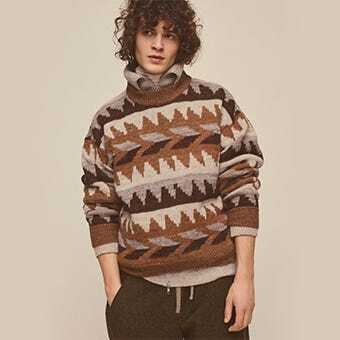 As the weather gets colder and the first snow falls, we think more and more about the thick clothes in our wardrobe. We reach for the woolen sweaters, cardigans and scarves that are so necessary on cold days. Today we will present you two of the warmest, fashionable and popular types of wool - cashmere and mohair… and their long way to the wardrobe of modern man.

Off-White with a design inspired by the Louvre pyramid

Virgil Ablo created the bag especially for a charity auction in collaboration with Christie’s auction house, which will be held in support of the Louvre.

"Cinderella is proof that a pair of shoes can change your life!" "Christian Louboutin."

Men were the first to wear heels. For centuries, heeled shoes have been a sign of a high standard of living, not a division between the sexes. It was very important for men who ride to have heels on their shoes so that they can stay on the stirrups during a fast ride. 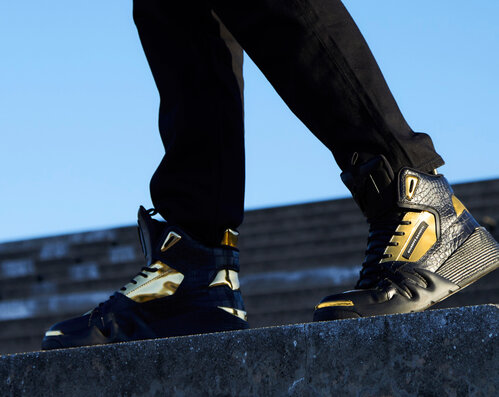 MILAN - A new innovative sneaker, inspired by the basketball styles of the old school and the most majestic of animals, is about to occupy the central court. We present you "Talon" - leather and high quality highlighter with a pronounced rubber sole of eagle claw. Reviewing a powerful animal he had used in the past, Giuseppe took the eagle's iconic coupon and turned it into a design code for statements. Immediately nostalgic, challenging and completely up-to-date, The Coupon is the newest participant in Giuseppe Zanotti's sneaker.

Why do women have a wardrobe full of clothes and only wear 5 of them? 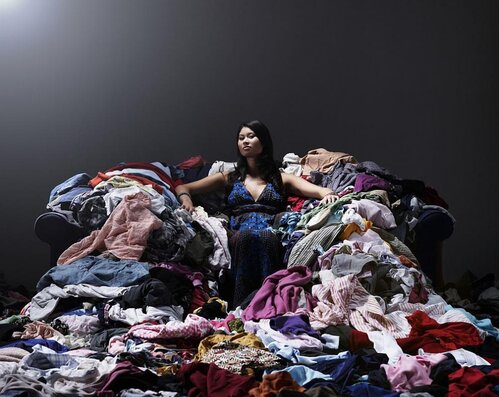 Ladies favor a selected minimum of clothes and never take out at least a third of what is available in the wardrobe. The women's choice focuses on five favorite stylings, which usually include a pair of jeans, a few T-shirts, blouses or vests.